ChristchurchNZ is thrilled to confirm Ōtautahi Christchurch will host six matches at the upcoming 2021 ICC Women’s Cricket World Cup, including the final.

This is massive news for Ōtautahi Christchurch.

Hagley Oval will host five matches between 18-28 February, including an epic showdown between the New Zealand White Ferns and England on 28 February.

The city could expect an increase of over 15,000 visitor nights during the event, nearly $3 million in visitor spending, and significant exposure in key overseas markets, particularly Australia, India and the UK.

“Ōtautahi Christchurch continues to reassert itself as a prominent New Zealand urban centre and a viable host city for major international sporting events.”

The 2017 tournament had a global audience of 180 million people, three times more than the 2013 event, and was broadcast into 189 markets. In terms of broadcast exposure, the ICC Women’s Cricket World Cup is seven times larger than the men’s Rugby World Cup.

The round-robin format will mean all teams play each other, with the top four proceeding to the semi-finals. Loren Heaphy, ChristchurchNZ General Manager of Destination and Attraction, said the match allocation was a win for both residents and the city’s ability to host sporting events.

“We are extremely pleased to host these matches at Hagley Oval, arguably the most beautiful cricket ground in the country,” Heaphy said. “Ōtautahi Christchurch continues to reassert itself as a prominent New Zealand urban centre and a viable host city for major international sporting events.” 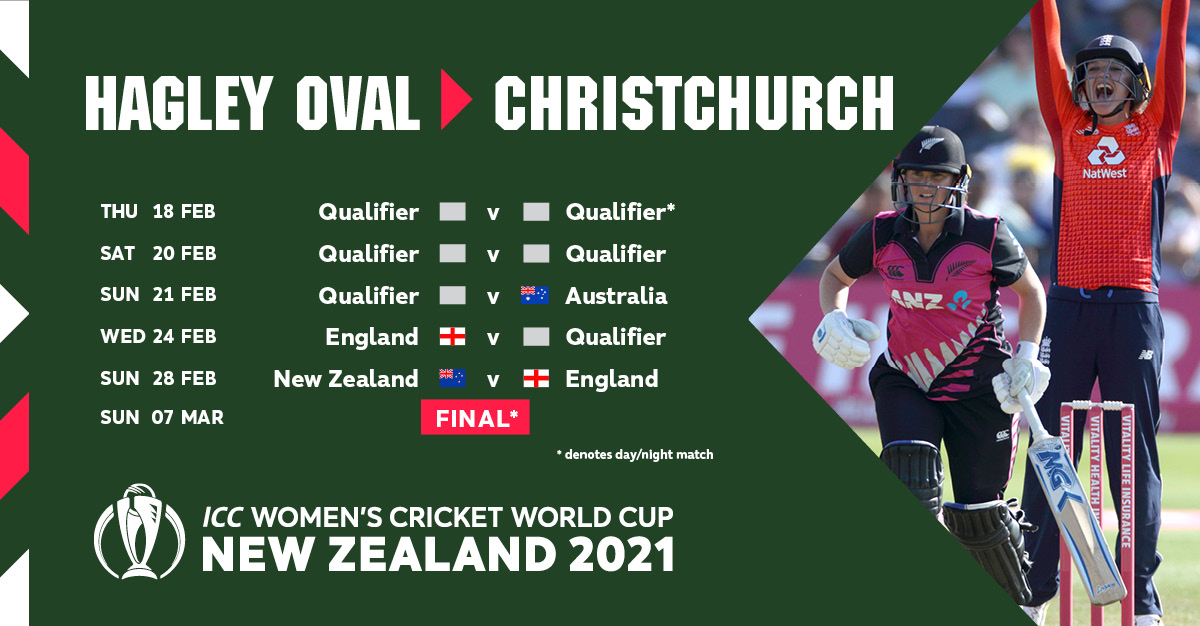 Jeremy Curwin, Canterbury Cricket CEO, said the tournament represented “a huge moment” for cricket in Canterbury “To host such an iconic event at Hagley Oval is brilliant,” Curwin said. “But to be asked to host the Final really is a once in a lifetime opportunity for the city.”

Andrea Nelson, ICC Women’s Cricket World Cup CEO, said they were “proud to be delivering a tournament where Kiwis across the whole country can get involved in a truly special event”.

“We can’t wait to see the excitement build around New Zealand as we prepare to roll out the welcome mat for the rest of the world,” Nelson said.

Spending in Christchurch’s Core up 11.3 Percent

Spending in Christchurch’s core was up 11.3 percent to $22m in January 2020, compared to the same month last year.
Keep Reading

On behalf of the city of Ōtautahi Christchurch, ChristchurchNZ is pleased to announce a joint Australia-New Zealand bid for the FIFA Women’s World Cup 2023.
Keep Reading